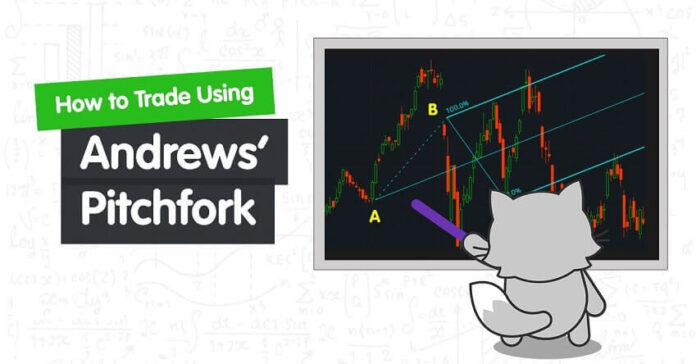 The trend lines automatically generated by plotting three points on a chart, each marking an important pivot point. 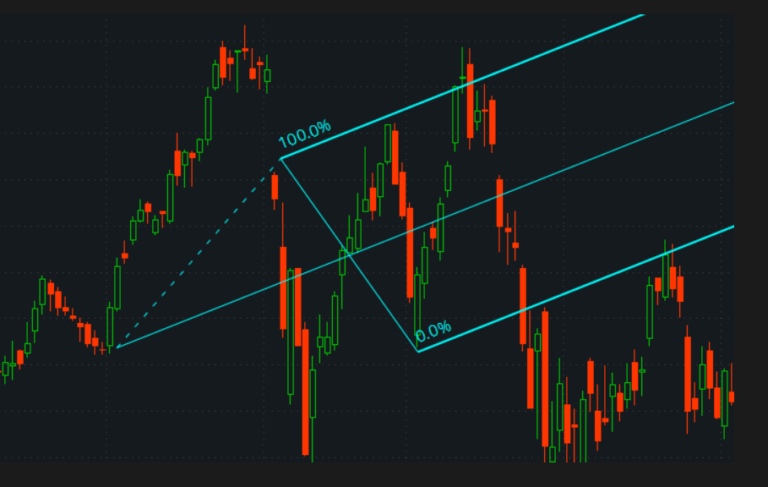 It is suggested that one of the following schemes be used:

After the last two points are connected, the channel is completed, and the median line is added, the plot indeed resembles a fork.

The main rule of using Andrews’ Pitchfork is the same as for the channel:

The handle (median line) shows the strength of the trend:

Andrews’ Pitchfork can be transformed into Schiff and Modified Schiff Pitchfork.

Here is an example of an Andrews’ Pitchfork during an uptrend. 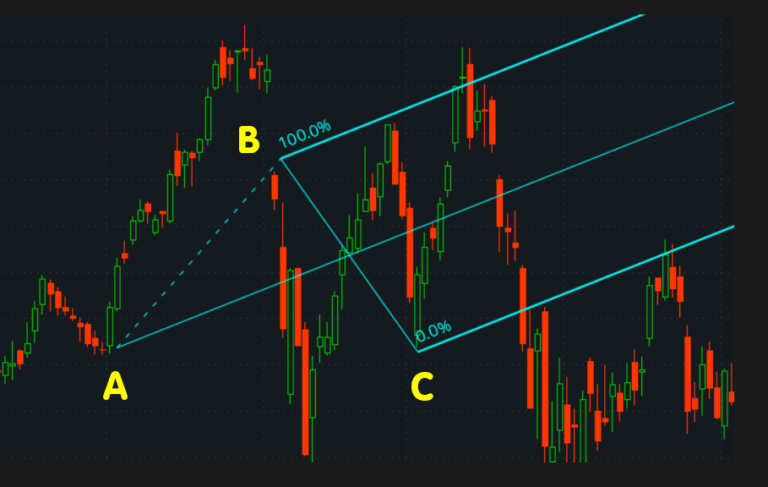 Point A rallies to Point B, then retraces to Point C, then resumes its uptrend.

Notice how when the uptrend reverses, the lower trend line that used to act as a support level has now become a resistance level.

The pitchfork shows continuous points of support and resistance.

Andrews’ Pitchfork tool allows traders to trade channels when the market is trending.

One would also buy if the price falls to the lower tine, which is line C, and take profit when it rises back to the middle tine, line A.