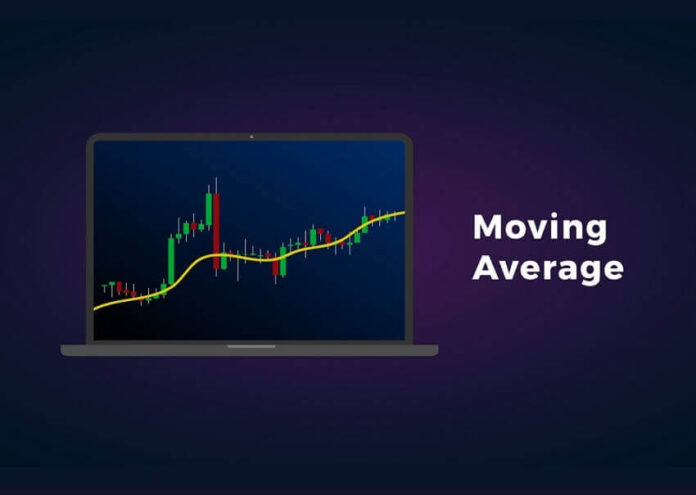 A Moving Average (MA for short) is a technical indicator that averages a currency pair’s price over a period of time.

Moving averages are highly popular among forex traders, mostly because of its simplicity.

In statistics, a moving average is simply a mean of a certain set of data.

In the case of technical analysis, these data are in most cases represented by closing prices of currency pairs for a certain time period.

Calculating an MA requires a certain amount of data, which can be a large quantity depending on the length of the moving average.

The indicator is described as “moving” because the introduction of new figures will replace old data points and ‘move’ the line on the chart.

The smoothing effect this has on the chart helps give a clearer indication of which direction the pair is moving: up, down, or sideways. 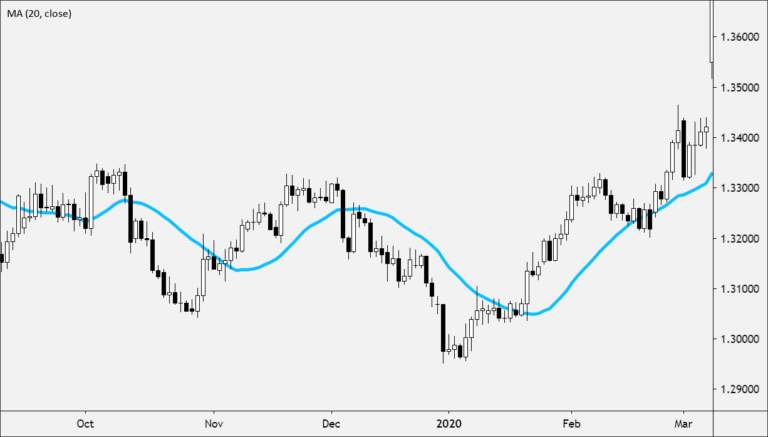 Moving average is a trend-following indicator.

Its purpose is to detect the start of a trend, follow its progress, as well as to indicate its reversal if it occurs.

As opposed to charting, moving averages do not anticipate the start or the end of a trend. They only confirm it, but only sometime after the actual reversal occurs.

This is due to their very construction, as these indicators are based solely on historical data.

The fewer days a moving average contains, the sooner it can detect a trend’s reversal. It is because of the amount of historical data, which strongly influences the average.

For example, a 5-day moving average generates the signal of a trend reversal sooner than the 20-day average.

Any type of moving average can be used to generate buy or sell signals and this process is very simple.

The charting software plots the moving average as a line directly into the price chart. 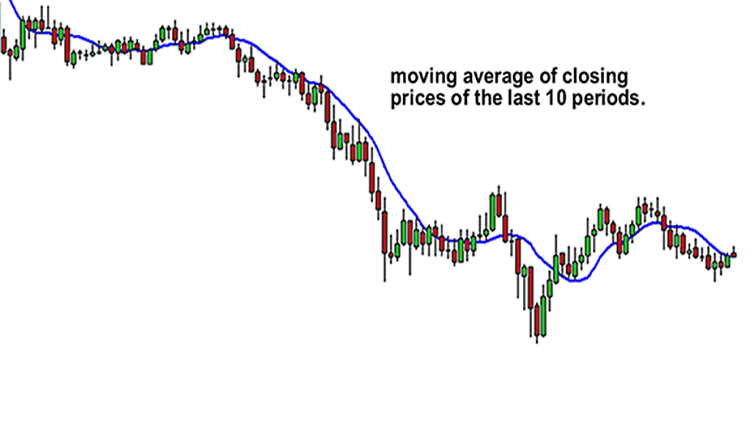 Signals are generated in places where prices intersect or “cross over” these lines. 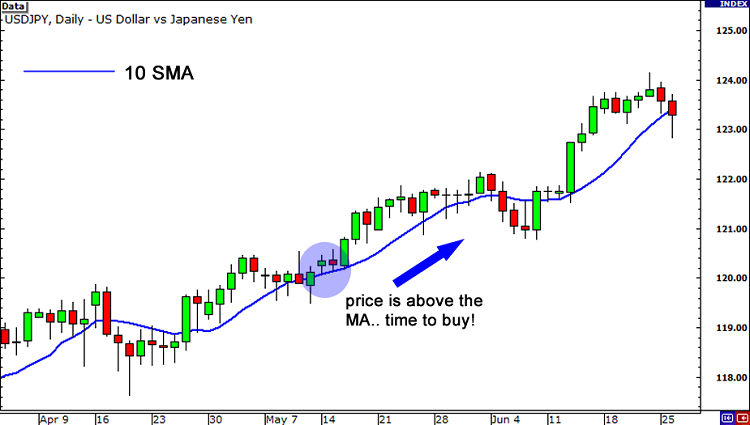 Using a single moving can be prone to false signals due to noisy price action.

One way to help to eliminate the “noise” in prices is to use multiple moving averages simultaneously.

Here’s how to use TWO moving averages: 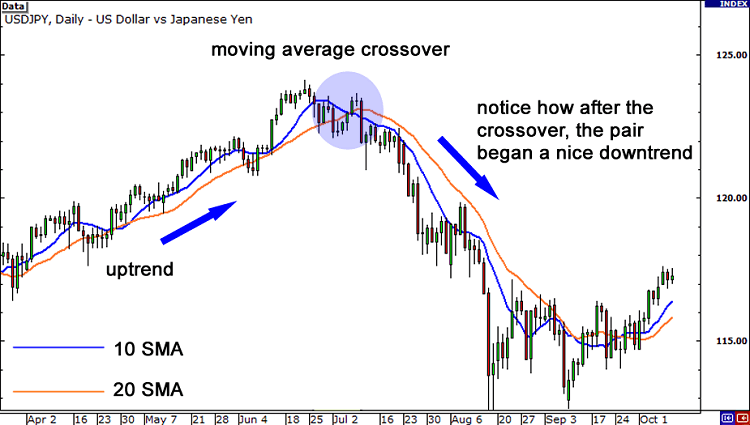 Here’s how to use THREE moving averages: 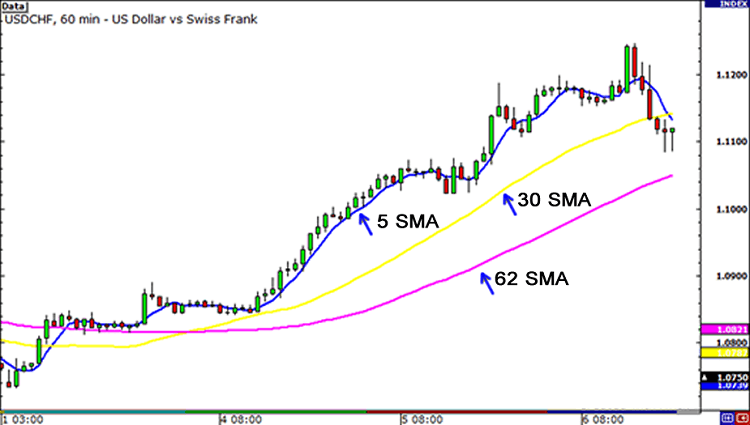 Using three moving averages simultaneously limits the number of false signals generated by the system, but it also limits the potential for profit.

This is due to the fact that such a system only generates a trading signal after the trend is firmly established.

There is a variety of moving averages to choose from. 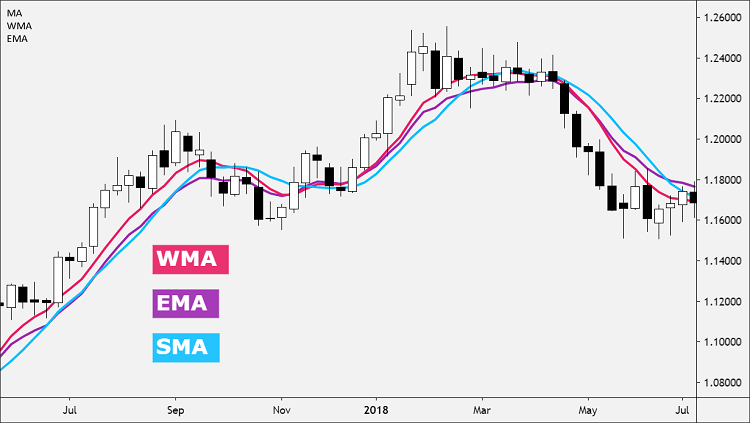 A Simple Moving Average (SMA) is the most basic MA, which is just a straight calculation of the mean price of a set of values over a given time period.

If you were to calculate the SMA for a twenty-day period, you would take the values of the last 20 days and divide the result by 20.

An Exponential Moving Average (EMA), gives more importance to recent prices to make the data more responsive than the SMA.

A Weighted Moving Average (WMA) puts even greater importance on recent data than the Exponential Moving Average (EMA) by assigning values that are linearly weighted to ensure that the most recent prices have a greater impact on the average than older prices.

You don’t really need to know how to manually calculate each type of moving average as most trading platforms will do the calculations for you automatically.